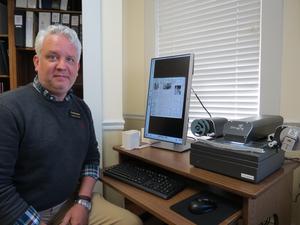 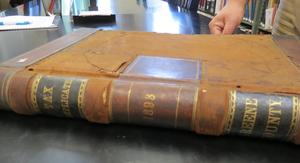 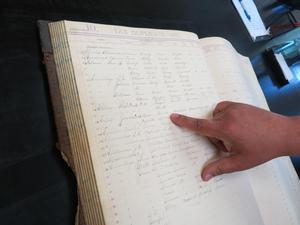 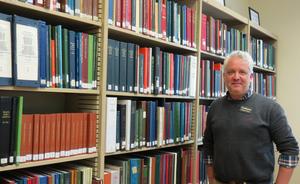 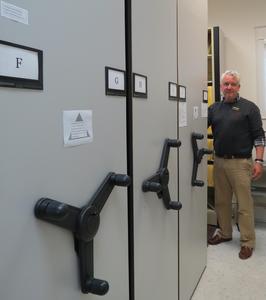 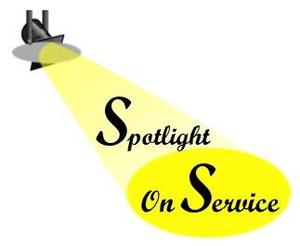 Chris Gose Preserves The Past

Serving as Assistant Library Director requires great attention to detail which makes it a perfect job for Chris Gose.

His primary responsibilities revolve around The T. Elmer Cox Historical & Genealogical Library, where he is custodian of local records dating from 1783 to the 1960s.

These archives include land and grant deeds, marriage records, and cemetery records, just to name a few, and they are filled with interesting facts about the people and history of Greeneville and Greene County.

“It’s great working with dead people, because they don’t talk back,” he joked as we sat in the lobby of The Cox Library.

Joking aside, Gose understands what a huge responsibility comes with preserving and protecting records that date back 200 years.

“You’re doing something good for the community,” he said.

But local residents aren’t the only people who benefit from services at The Cox Library. According to Gose, visitors have come from all 50 states and 6 or 7 countries around the world. He estimated the library averages 10 out-of-state visitors each month.

Gose has been a full-time Town employee for about six years, and prior to that he worked part-time and as a consultant teaching computer classes at the main branch of The Greeneville-Greene County Public Library.

He describes his job as fun and says he sees something different every day.

On a typical day, he opens the main library and gets it ready for patrons, then he checks in at The Cox Library where he works on replenishing supplies, scanning and archiving documents, and helping visitors.

“Customer service is the number one thing,” he said.

In addition to the archives, it is home to a bookstore of local and regional authors and titles, and it links to a YouTube channel of fascinating videos.

Gose stressed that local residents can donate historic records to The Cox Library. He showed a recent donation of an 1893 court record book someone had purchased at an estate sale and donated (shown at right).

Gose is a native of Kingsport and a 1993 graduate of Tusculum College. He holds a bachelor’s degree in business administration and an online master’s degree in marketing. He recently earned his Archives Management Certification from the Tennessee Archives Institute in Nashville.

Gose was a member of the Dobyns-Bennett High School Marching Band drumline and marched in the Macy’s Thanksgiving Day Parade in New York City.

Music is Gose’s main hobby, playing drums, electric guitar, bass guitar, and piano. He played with bands in high school and college and is in the process of developing a recording studio in his home.

He also enjoys miniature modeling and dioramas, which like his job, require  great attention to detail. This time-consuming hobby includes the building and painting of landscapes, Napoleonic War miniatures (shown at left) and other scenes and even involves gaming with others.

In closing, Gose wanted to thank  our Police Department for their donation of rolling shelves. They are providing much needed storage for  archives at The Cox Library.